B
ob Goodwin visits Jared Kirby to bring Film Fighting LA to New York City for a SOLD OUT one day Hollywood Fighting seminar on Sunday, September 11, that will cover much of what is needed to work in the Film industry... more information at Hollywood Fighting with Bob Goodwin at jaredkirby.com

R
obert G. Goodwin with Gunny Ermey compare the cutting and thrusting abilities of the Italian Longsword vs the Japanese Katana:

"Never give a sword to a man who can't dance."
— ancient Celtic saying

"Discover the Warrior Within!" 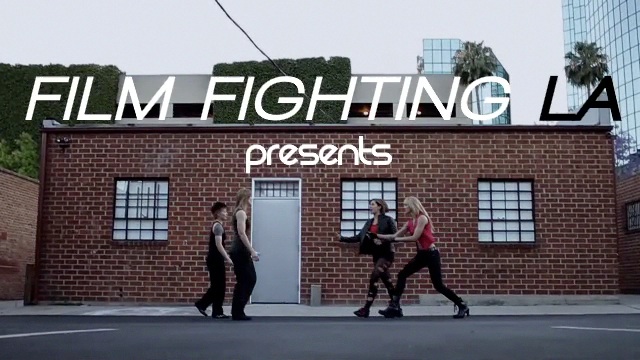 Train in a professional environment with hand made, steel- and aluminum-bladed combat-worthy swords, knives, and other weapons. Learn realistic falls, reactions, and bumps on a five foot by eight foot stunt crash-pad.

Our techniques are based on movement and fighting styles throughout the history of martial arts, including Asian-Chinese, Japanese, Filipino, Okinawan, European-Medieval, Elizabethan, and Restoration periods.

Achievement, Character, and Teamwork: that "Something Extra" which makes Film Fighting LA such a unique ensemble! 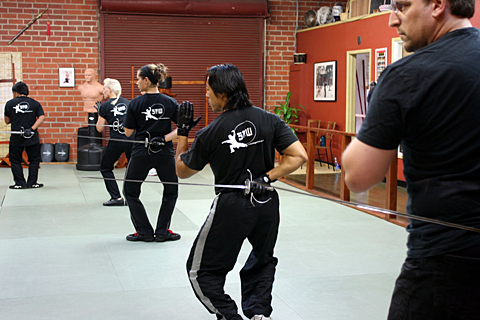 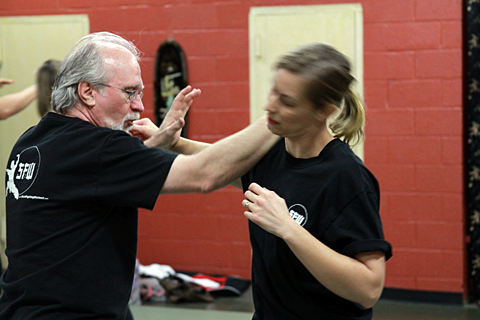 Copyright © 2016 Primal Image™
Please e-mail comments or corrections about this page to: webmaster